Snorkelers thrive in the clear waters of the Caribbean. 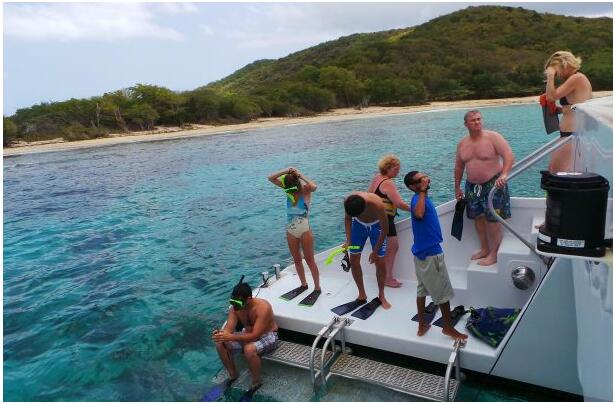 For the time being, a flight to Puerto Rico requires at least one change when traveling from Finland. The easiest connection is provided by Norwegian , which flies to Puerto Rico from Stockholm, Oslo, Copenhagen and London Gatwick. This route is an easy and straightforward way to get to the Caribbean.

Another option is a flight via Florida, for example, but then the trip feels more difficult when, after a long intercontinental flight, you still have to endure the last leg before you arrive. The cheapest offer tickets from Helsinki to Puerto Rico can be obtained for less than 400 euros, but of course there is a variation in prices and most typically the flight prices start from about 600 euros.

Aeropuerto Internacional de Luis Muños Marin is a gateway for tourists arriving in Puerto Rico. The airport is just a short drive from the capital San Juan.

Puerto Rico accommodation options range from beachfront to luxury hotels. In the capital, San Juan, for example, there are plenty of high-quality hotels in the Condado area, but there are also cheaper options. For a stay in a budget hotel, you can book about 70 euros a night, for higher quality anything between one hundred and five hundred.

Puerto Rico is not a cheap destination in nature, but by booking in time you can find good deals. Many visitors to Puerto Rico do not even need accommodation: the place is a typical stage of Caribbean cruises, and then the overnight stay is comfortably carried on board in your own cabin.

Getting around Puerto Rico

Puerto Rico’s public transport is based on públicos cars, or minibuses that transport from one city to another at a very cheap price.

There is no actual train service on the island, and the only public rail service is the 17-kilometer metro network running through the San Juan Metropolitan Area.

Renting a car is the easiest way to travel on your own in Puerto Rico. Rental rates start at around € 40 per day. Traffic rules are essentially the same as in the United States. The main roads on the island are in good condition, but on rural routes conditions can be bumpy.

The small islands can be reached by plane or boat

The popular islands of Vieques or Culebra can be visited either by plane or boat. Air Flamenco and Vieques Air Link offer local flights with small planes from San Juan to both islands. Prices for these flights start at around € 50-60 per way.

Ferries to Vieques and Culebra, which run three to four times a day, depart from the port of Fajardo. The connections are good and it is possible to visit the islands without an overnight stay. Local rental cars are not allowed on these ferries.

Vieques and Culebra can also be visited on an organized day trip, typically by catamaran, and the program also includes snorkelling and / or diving in the nearby waters of the islands. Prices for day trips vary depending on length and program. You can be prepared to pay at least one hundred dollars, or about 90 euros per person, for a full day visit.

THE BEST OF PUERTO RICO 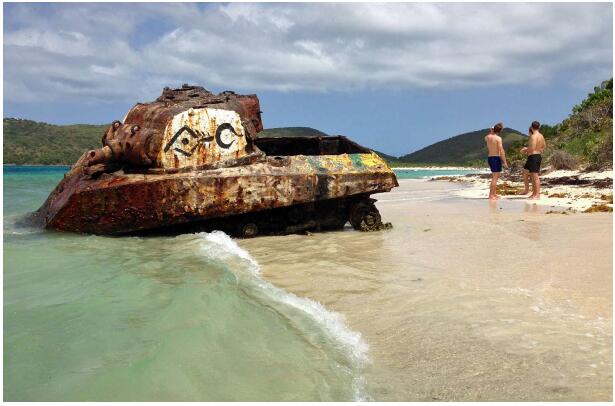 Culebra’s Flamenco Beach is known for its rusting tanks on the beach.

Taste these in Puerto Rico