The most common arrival from abroad is by plane. The international airport of Prishtina, which bears the name Adem Jasharis, is 16 km outside of Prishtina (approx. 20-30 minutes driving time) and can be easily reached by bus or taxi (approx. 25 euros). A number of airlines fly to the airport from Germany. Traveling by train via Skopje is theoretically possible, but tedious. The rail network is generally poorly developed and the technology is outdated. Apart from cars, buses are the mode of choice, both locally, regionally and internationally. There are regular bus connections between all important hubs. More remote villages are also served from there. The prices are moderate.

The road system in Kosovo has been considerably modernized in recent years and a network of modern highways has emerged. Beyond the autobahn, however, the road network still does not meet western standards, e.g. B. in terms of signage, road quality or lighting. Although violations are relatively severely punished, valid traffic rules are often ignored. The following speed limits for cars apply in Kosovo: urban: 50 km / h, extra-urban: 80 km / h, expressway: 110 km / h, motorway: 130 km / h. The alcohol limit is 0.5. There is also an obligation to turn on the low beam during the day. The Federal Foreign Office and the Swiss Foreign Ministry specifically warn in their security notices against night drives in Kosovo. Drivers in Kosovo either need a valid international or national (German) driver’s license as well as a liability insurance recognized in Kosovo. The green international insurance card is not recognized. The Federal Foreign Office warns against driving at night on its website, as the sometimes poor quality of the roads and the lack of lighting on roads and road users are classified as dangerous. 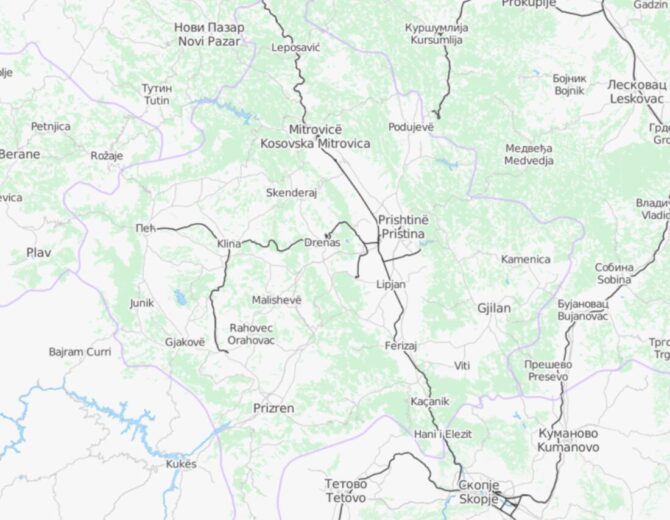 With children in Kosovo

Kosovo is not only one of the most child-rich, but also one of the most child-friendly countries in Europe. Children are greeted warmly and warmly everywhere and are the focus of many conversations. Accordingly, a wide range of specific food (e.g. baby food), goods (e.g. clothing and toys) and services (e.g. pediatric care) are available. However, the quality offered does not always correspond to western standards. Particularly when it comes to medical care, you should seek a doctor you trust in good time. The American Hospital in Prishtina offers emergency medical care around the clock.

The state system of childcare can be described as rudimentary. However, there are a large number of private providers who fill this gap, so that a wide range of different orientations can be selected from a long list of private day-care centers and kindergartens. The range of child minders is almost unmanageable. The child minders’ price and experience vary accordingly.

The Parents Network Kosovo on Facebook is a first point of contact for a wide range of child-specific matters.

Statutory holidays 2020 are as follows:

If a public holiday falls on a Saturday or Sunday, the next working day is usually free.

Kosovar cuisine is visibly influenced by Turkish cuisine. Meat (beef, poultry, lamb; less pork, except for the Serbian population) plays a major role in everyday nutrition. Bread (e.g. somun) is also served with almost all dishes. Cheese (e.g. djathë sharr: a traditionally made, salty cheese made from sheep and cow milk from the Sharr Mountains) is also consumed regularly. As for vegetables, cucumbers, tomatoes, peppers and cabbage are widely used in Kosovar dishes. Perhaps the most typical national dish is Flija Kosovare, a multi-layered dough dish with yogurt filling that is traditionally baked on an open fire or in a wood oven. Other typical dishes are e.g. B. Qebapa(Beef and lamb minced from the charcoal grill), suxhuk (garlic sausage), pasul ne tav (white bean stew), sarma (cabbage leaves stuffed with rice and meat), speca t’musht (stuffed peppers). Kosovars were known throughout Yugoslavia for their excellent confectionery. The flagship of this craft and also the most popular homemade sweet in Kosovo is baklava. Other well-known sweet temptations are: kaqamak (pudding made from cornmeal), tulluma (deep-fried dough soaked in syrup) or pallaqinka (pancake). Kosovo is traditionally known as a wine-growing region. Wine production was idle for a long time after the conflict, but very good wines have returned in recent years made in Kosovo. The beer breweries in Peja, Prishtina and Klina brew good beers. A clear grape brandy (rakija) is very popular when it comes to hard liquor. Although an excellent macchiato or cappuccino is served in the many street cafes, the Turkish preparation of coffee (Kafe turki) is still widespread in the domestic context. A malt drink called boza is also popular.