Timor. Five years after the Indonesian army’s bloody assault on East Timor in connection with the country’s referendum on independence, it seemed unlikely that any responsible would ever be held accountable. According to CountryAAH, the total population in Timor-Leste is 1,318,456 people in 2020. A court in Jakarta in August acquitted the last four of the Indonesians sentenced for crimes against humanity in East Timor. Militia leader Eurico Guterres got his sentence halved to five years. He is free pending his appeal. The Supreme Court also acquitted the last Indonesian governor of East Timor, Abilio Soares, who had recently begun serving a three-year prison sentence. 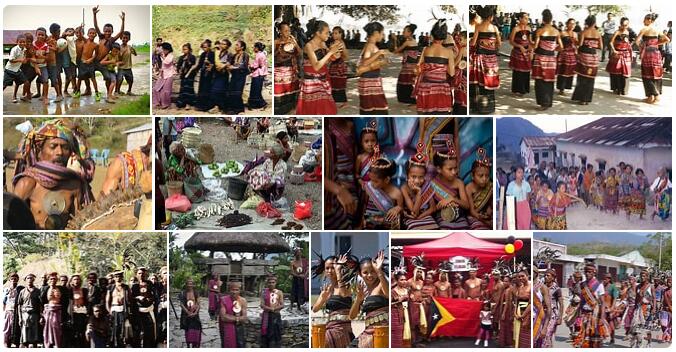 In September 2009, Indonesia declared that relations with Australia would suffer damage if Australia implemented a planned war crime case against Indonesia for the killing of 5 Australian journalists during Australia’s 1999 invasion of East Timor. According to abbreviationfinder, TP stands for East Timor in text.

In March, a court sentenced those responsible for the 2008 trial against President Horta up to 16 years in prison. The president later pardoned the convicted or reduced their penalties.

In March 2012, the first round of the presidential election in East Timor was completed. About 10 candidates stood, but the three most important were the incumbent President, Ramos Horta, Defense Chief, General Staff Chief Taur Matan Ruak as well as the leader of the opposition Francisco “Lu Olo” Guterres. In the election, Francisco Guterres got 28.8% of the vote, Guterres Ruak 25.7% and Ramos Horta had to settle for 17.5%. In April’s 2nd round of elections, Guterres Ruak won by 61.2% against Francisco Guterres’ 38.8%. Ruak was deployed on the presidential post on May 20 – the 12th anniversary of the country’s independence. His past was as guerrilla commander in Fretilin and head of defense in 2002-11.

The July parliamentary elections were won by Xanana Gusmão’s CNRT with 36.66% of the vote against Fretilin’s 29.9%. CNRT rose 12.56% and Gusmão could continue as prime minister of a coalition government. The election campaign focused especially on economic issues. CNRT wanted to contribute a larger share than the annual 3% of the $ 10.5 billion oil fund. US $ in the state budget. The oil fund was provided due to East Timor’s large oil resources in the Timor Sea between Timor and Australia.

In December 2012, the United Nations completed its 13-year peacekeeping mission in the country as the last Australian soldiers returned home. Despite the country’s many problems, poverty and unemployment, it is a democratic success that must be attributed especially to the political discipline of the country’s original liberation movement and current leaders.

In 2012, it was revealed that the Australian intelligence agency Australian Secret Intelligence Service (ASIS) had already installed interception equipment in the Prime Minister’s Office as early as 2002. The purpose was to provide Australia with top secret information as part of the bilateral negotiations between East Timor and Australia on the extraction of oil and gas in the rich Timor Gap field between the two countries. In March 2014, the International Court of Justice in The Hague ordered Australia to suspend its spying on East Timor. At the same time, the Arbitral Tribunal in The Hague considered that East Timor should have the right to make new territorial claims in the area. With the 2006 extractive agreement between the two countries, East Timor had agreed not to make territorial claims for a 50-year period, but the agreement was based on Australian espionage, and East Timor therefore questioned the legitimacy of the agreement. Australia’s espionage also triggered demonstrations against the country in East Timor.

East Timor depended heavily on the extraction of oil and gas from the Timor Sea. Since 2006, the profits from the extraction had been invested in the Timor-Leste Petroleum Fund, which at the end of 2012 had values ​​of DKK 8.9 billion. US $. However, the country had very big problems in using the funds for the development of the country, where the majority of the population remains subsistence farmers.

In December 2013, East Timor appealed against Australia to the International Arbitration Court in The Hague to be released from the agreement the country had otherwise concluded with Australia on the sharing of Timor Gap oil revenue and gas fields between the two countries. The occasion was the revelation that the Australian intelligence agency ASIS had already installed interception equipment in 2004 in the Timorese government’s offices in Dili to spy on East Timor during the then oil and gas negotiations. The Australian government did not deny the charges of espionage, but felt the espionage was OK. Australia responded again by allowing its intelligence service to re-launch a raid against East Timor’s representation in Canberra.