In Athens, history is present everywhere. In Athens, known as the home of Western culture, historic ruins and impressive columns are commonplace.

Athens, the birthplace of Western civilization, culture, democracy and the European city, is not charmed by its beauty, but the city’s historical significance makes it arguably one of Europe’s most important tourist destinations. 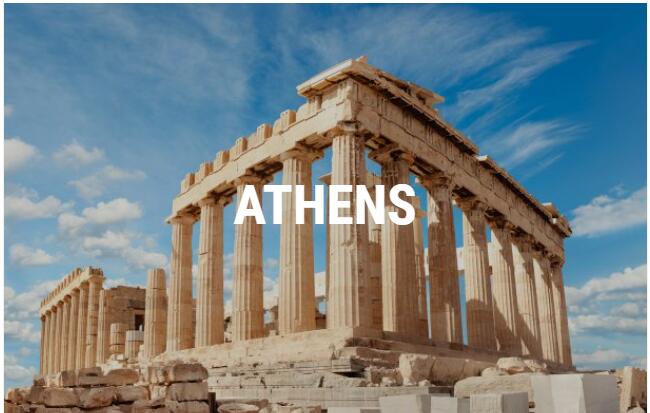 The Greek capital is located on the mainland on the Attica Peninsula and is surrounded by several mountains and hills. The city has less than a million inhabitants and its metropolitan area several million.

Athens is a historic city resort that is especially suitable for a lover of culture. The city is also an excellent starting point for Greek island hopping, so Athens is visited by a wide variety of tourists.

The most famous attraction in Athens is the historic Acropolis Hill, where you can see the Parthenon and the Temple of Athene Nike, among others. Other popular attractions include the Agora Central Market in ancient times and the Plaka area of ​​interest. Syntagma Square and the Greek National Garden are also popular places. 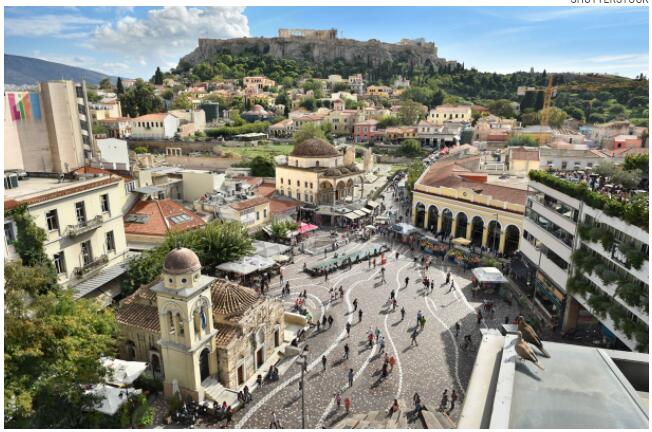 Athens is an atmospheric and historic city holiday destination.

Travel to Athens in the spring or fall

Athens is a hot summer destination, and in midsummer the weather can be stiflingly hot with temperatures rising well over 30 degrees. Summers are usually hot and dry and winters are mild and rainy.

The best time to travel to Athens is in the spring or fall, when the weather is mostly pleasantly warm.

The city’s main attractions rightly include the ruins of ancient times such as the Temples of the Parthenon and Erekhtheion on the Acropolis, the Theater of Dionysus, and the Agora, or ancient market and center of political life.

Despite its oversupply of history, Athens is also a modern and vibrant city with excellent nightlife, restaurants and shopping. The center of modern Athens is Syntagma Square and the charming old town of Plaka attracts you to spend the evening and shop with its many restaurants and shops.

Athens may not take your heart right away at your next appointment. However, give it a chance, and gradually it will reveal the most fascinating aspects of itself.

The city may seem congested and noisy at first, but once you get inside its pulse, you can also start to feel comfortable in Athens. The stunning amount of archeological ruins, good Greek food and the lively way of life of a modern big city make you enjoy a Greek city break.

There is something to see in Athens for a longer period of time, so a mere quick break of the weekend may seem unnecessarily short. There are also beaches nearby, and several ships leave the port daily for the archipelago. It is also easy to combine a city holiday with a holiday on one of the picturesque islands of Greece or a pop in the inland cities.

During the Athens holiday, the tourist succeeds in English, as most restaurants, shops and hotels speak English.

Athens is largely a safe destination, but the city needs to be vigilant about pickpocketing and riots.

Major Greek demonstrations tend to be concentrated in Syntagma Square in Athens, so if the situation gets worse, it’s worth following the local media and avoiding a stay in the square. Pocket thefts are common, especially on subways and buses, where it is worth taking special care of valuable property.

FLIGHTS, ACCOMMODATION AND MOVEMENT IN ATHENS 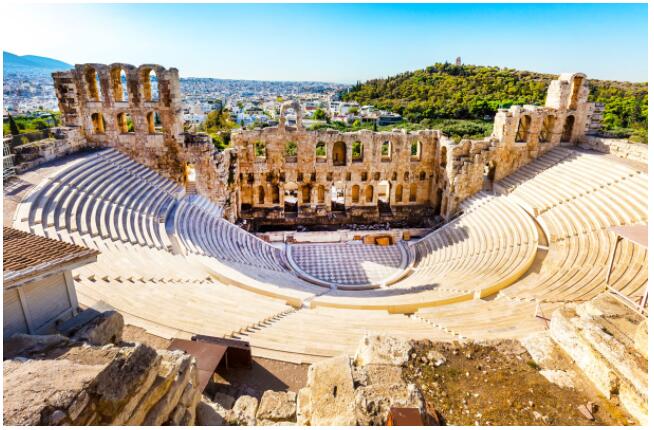 The city’s historic sites are just a short flight from Helsinki.

Finland has good flight connections to Athens, as Norwegian, Finnair and Aegean Airlines offer direct flights from Helsinki. Direct flights take about three and a half hours. At its cheapest, direct flights between Helsinki and Athens cost just over one hundred euros.

The city’s airport is located about 30 kilometers from the city center. From the airport you can get to the city center cheaply by both bus and metro.

Staying in Athens is easy, as there is plenty to offer for many different budgets. There are both luxury hotels and basic accommodation, but there are also plenty of hostels available.

The price level of accommodation in Athens is quite affordable, as the average price of a three-star hotel is about 65 euros. When booking accommodation, you should consider the location of the accommodation, as the hotels are conveniently located close to the main attractions of Athens. A five-star hotel in Athens costs about 150 euros, the hostel gets the cheapest at just over ten euros a night.

Metro is the most convenient means of public transport

Athens public transport consists of metro, buses and trams. Public transport is comprehensive, but not always on schedule. Buses in particular are often late. The smoothest way to get around is by metro, but you can also get well from one place to another on foot.

Renting a car should be considered twice, as traffic is congested and traffic rules are broadly followed. Finding a parking space is also not necessarily easy. 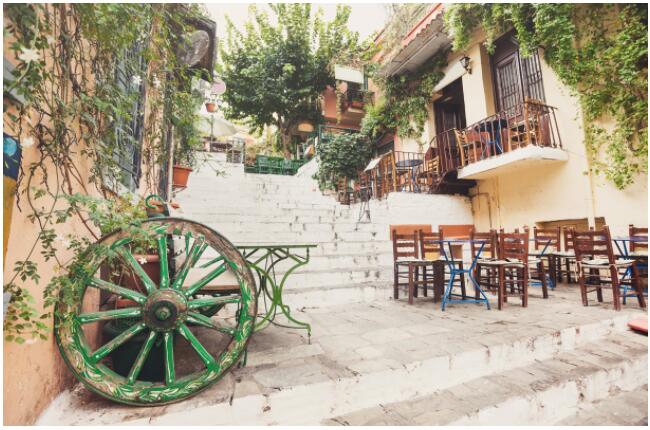 In addition to iconic attractions, Athens has atmospheric districts such as Plaka.

Tourists and ancient gods meet on the Acropolis

The Acropolis Hill is certainly on the list of must-see destinations for almost all visitors. This most significant archaeological site of ancient times is dominated by the Parthenon Temple, the most popular tourist attraction on the hill. Another site worth seeing is the Temple of Erekhtheion, famous for its karyatides, or female pillars.

Of the ancient ruins, it is also worth visiting at least the Dionysus Theater and the Odeon of Herodes Atticus, where various musical and theatrical performances are still held. The Agora, the main market area and political center of ancient times, as well as the later built Roman Agora, also deserve a visit.

Archaeological attractions can be found in huge numbers around the city, and the ancient and the modern blend happily here.

The museums of Athens showcase the treasures of antiquity

The National Archaeological Museum of Athens offers a tremendous collection of ancient statues, frescoes and other art from Greek history. The museum is one of the largest museums in the world and one of the most important museums presenting Greek art and history.

Treasures of antiquity and Byzantium can also be found in the Acropolis Museum, the Agora Museum, the Benaki Museum and the Byzantine Museum, among others.

From the heat of history, it is nice to move closer to modern times and to the picturesque old town of Athens, the Acropolis below, Plaka below. Narrow and labyrinthine streets are also popular with many other tourists, especially during the summer, so you should be prepared for congestion.

THE BEST OF ATHENS 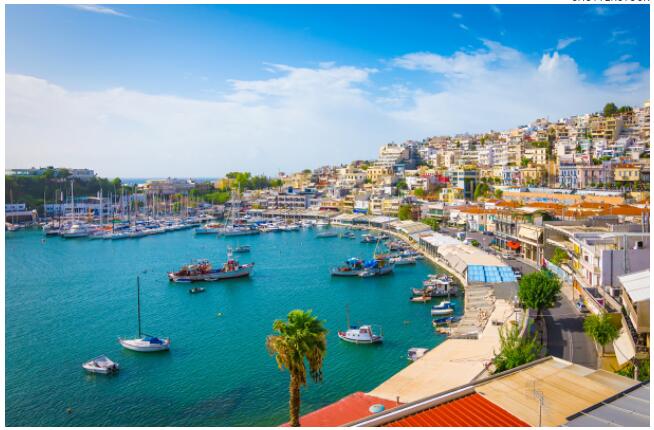 The port of Piraeus has excellent ferry connections to the rest of Greece.

Experience these experiences in Athens